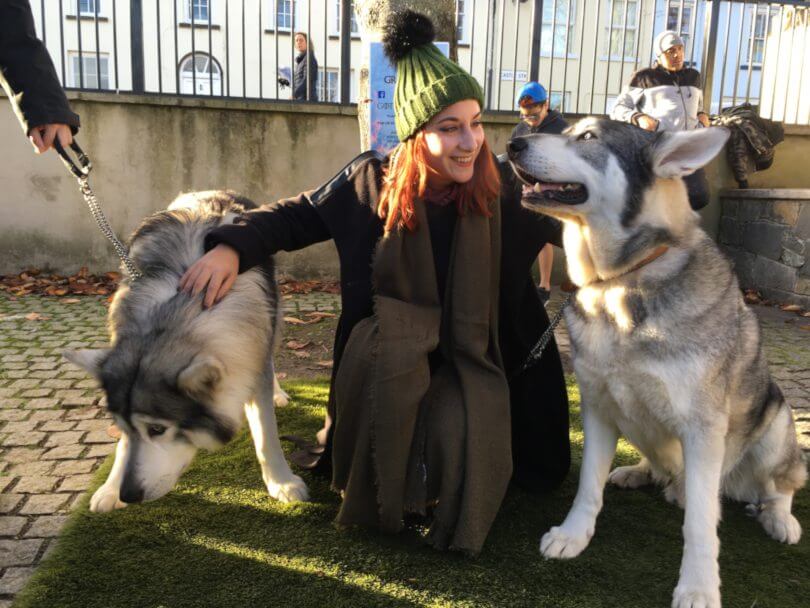 Endlessly curious and passionate about Dubrovnik – its people, customs, food, and culture – our team of licensed tour guides are always aspiring to share more of their knowledge with people visiting the city.

An important member of that team is Tea Bundalo, a young tour guide that works hard to introduce you to the best the city has to offer through a fun, informative tour. Here some details to get to know her better if you happen to be on a tour with her.

I have been working as a tour guide for 4 years.

I like the fact that I can be creative with my tours and also a huge plus is getting to know different people from different cultures. Guiding during extreme weather, whether it’s a storm or very hot temperatures can be difficult, but that just comes with the job.

The best thing about Dubrovnik for me is the rich history that not a lot of people know about so it always comes as a nice surprise for them, and it makes us proud.

I guess not a lot of tourists know that when they walk by the Franciscan monastery, they are walking by one of the oldest pharmacies in the world still operating today. Back then they were also keeping track of who is buying poison, for example, rat poison, so if there was a suspicious murder in the Dubrovnik Republic, they could investigate it. However, I always recommend their rose cream as a souvenir, not poison.

Aside from getting to know the history of the destination, it’s good to find out more about modern-day life, and Game of Thrones has been a big part of that for Dubrovnik. It’s really interesting to hear about how a living city was transformed into a filming set, especially from a local or someone who was actually involved in the filming process. And of course, I think any GOT fan would understand why they have to take this tour!

Yes, I am definitely a huge fan of Game of Thrones.

There are so many battle scenes, fighting scenes, scenes with dragons and dire wolves that come to mind, but I think in the end my favorite is Tyrion’s trial speech. “I did not kill Joffrey but I wish that I had. I wish I had enough poison for the whole pack of you.” Brilliant acting as always.

My favorite location is probably Lovrijenac fortress. It’s a very typical one but somehow I enjoy working there the most. One of the things filmed there was Joffrey’s name day tournament which was in season 2 so it’s kind of nostalgic for me.

I can’t think of a very special one now, usually, girls request Jon Snow and Khal Drogo, and guys request Daenerys. One guy requested a Valyrian steel sword so I brought him the closest thing I could find – a plastic knife. Another guy wanted to sit in every chair in Dubrovnik, calling all of them Iron thrones. It’s always interesting!

I think in general people get most excited about the Walk of Shame. Which is fine unless they decide to do their own.

I was, and honestly, it didn’t feel like a huge thing back then but seeing what it looks like as a finished product is amazing. It’s difficult to describe this briefly, it’s much better to hear about these experiences on an actual tour.

Just like it was said in the question, I think people don’t realize that we’ve had this mass tourism for a very long time. I’m not sure what the actual statistics are, but just by looking at the crowds in the streets I don’t see a big difference. However, the difference between a day with cruise ships and a day without them is huge, so I think when you compare these two, more guests come from cruise ships than for Game of Thrones.

I agree to some extent. People don’t stay in destinations for a long time anymore, and if there’s only time for 1 tour maybe it’s a shame to do just a GoT tour, as you don’t really get to know Dubrovnik then, you get to know the fictional King’s Landing. And you miss out on a lot of extremely interesting information about the city itself. But everyone has their own preferences in the end.

It’s different day to day, somedays I feel like talking about the times of Dubrovnik Republic and somedays I want to chat with my guests about dragons and dire wolves.

Number 1: take half a day or even a whole day to spend on Lokrum island – it’s my paradise: not too crowded, beautiful and full of bunnies. Second, walking the city walls is a must for the views. Third, something that not a lot of people do is simply getting lost in the little side alleys of the Old town, I’d say definitely do that. Number 4, If you’re a fan of nature and wine, go to Konavle valley. And the last thing I would recommend is trying as much local seafood as you can and drinking a lot of local wine! 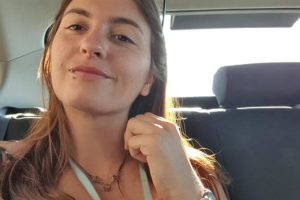 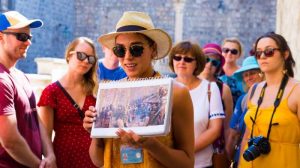 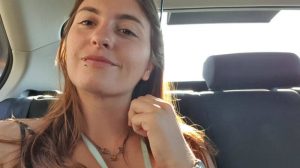